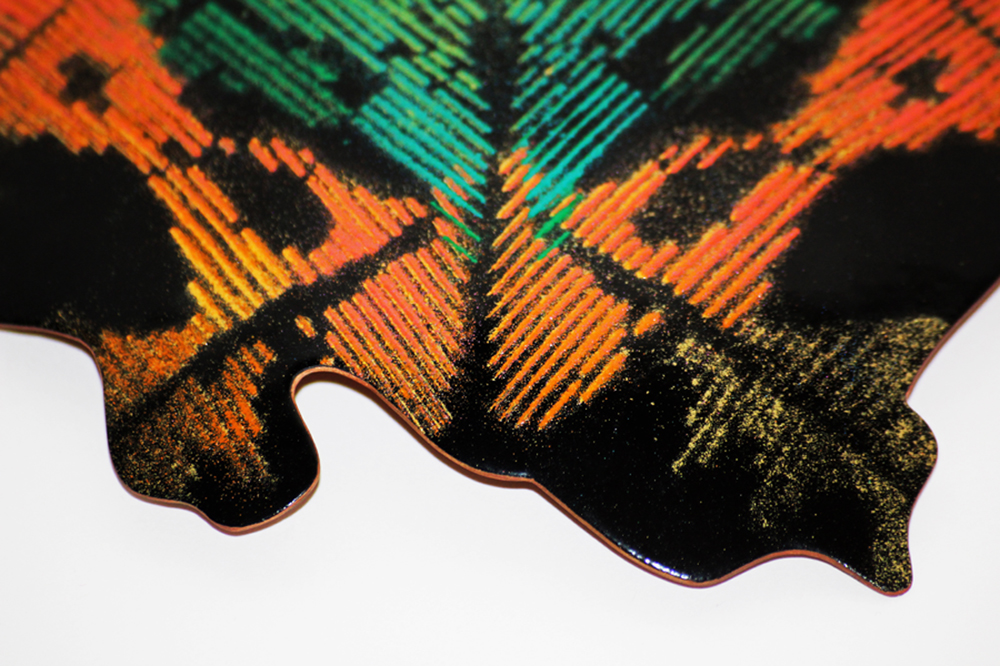 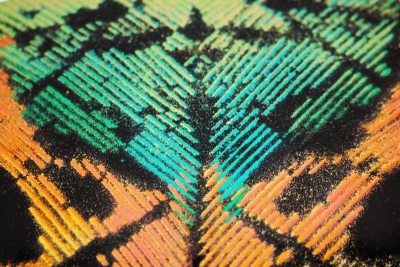 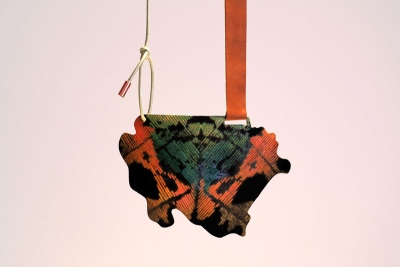 During the process leading to projects such as Insectology and Paradis en Reveille, my work was more about mimicking nature and it’s phenomena.
In Colormorph I tried to mimic the effect, pattern and colours of the wings of the sunset moth. This iridescent and colourful moth has a very specific cell structure which almost looks like woven fabric. I used the technique of enamelling because of its bright colours and combined it with laser cutting, which gave me the possibility to make a pattern of stripes and gradients similar to the pattern of the sunset moth.